A meeting of the Community Council took place on Thursday 12th November 2020 at 7.30pm via electronic media.

Four members of the public.

1. Welcome All. Thanks to all for coming and welcome.

5. Minutes of the last meeting The minutes of the meeting which took place on Thursday 1st October were approved and will be signed when circumstances allow.

One public toilet is open, maintained by volunteers.

There will be advent windows around the village, about 30 decorated windows will be

unveiled on the same day.

8. Groesffordd Village Hall Management – The grant has been applied for. There was a report of another discretionary grant, has that been applied for too? Clerk to ask the Treasurer. SD

9. Planning – 20/19100/TRCA, Tree thinning at Waunberllan, no objections. JW declared an interest and withdrew from the discussion.

10. - 20/19090/FUL, New storage shed at Ty Fry, no objections. IM declared an interest and withdrew from the discussion.

11. Newsletter. More items for the newsletter have been collated, but it will only be on 2 sides. and will be published in early December. Other subjects to consider are the “White Swan” and the Llanhamlach pavement works. Approved.

13. Human Resources Committee Report – The Clerk received a score of 29 of 30 and her national pay rise (£11/month) was authorised.

14. Casual vacancy Kate Coton Wright's application was considered and accepted, she was welcomed on to the Community Council. Groesffordd/Llanhamlach/Lechfaen are now represented by JW, JP and KCW, there is a remaining vacancy. The outstanding issues in the area are; the presence of unofficial parking signs, ownership of garages and allotments and the litter bin near the bus stop. All three issues are now with the County Councillor. SD to complete Councillor induction.

15. Prince's Countryside Fund Grant Program as a source of funding for the playground. Sources of funding were considered. A tender has been developed with Dragon Play other tenders are being sought.

16. Additional CCTV for the Police update. Adjourned to next meeting.

17. Flood Management progress including a report from the site meeting in October. To discuss further developments if appropriate and agree action. The Community Council has received a report of the meeting 15/10/2020 with Natural Resources Wales. The report was written by the agent of the Community Council, RB. She asked the CC if the report could be sent to our MS Kirsty Williams who has taken an interest in the matter.

The central concern is that the weather (due to climate change) is worsening and the long term flood maintenance of the village needs to be managed. The landowners concerned want an active involvement in the process – any action may have the potential to be their liability. Natural Resources Wales, the authority in this matter. Llanfrynach is the 111th flood risk settlement. The community needs protecting, if another flood occurred the village could be decimated and people would suffer.

NRW, with the permission of the landowners. For example planting trees so their

roots can protect the bank.

village flood management. The Chairman is to sign it as well. The agent agreed to

18. Cheques and finance statement for approval

19. Update on website progress. The 'tagged” files have been put on the website, there are still some formatting issues but these will be solved by the new website which will be ready (hopefully) by the end of November.

20. The “White Swan” and any community action. To be discussed and action agreed. It is said that Brecon Beacons National Park Authority (BBNPA) is in active discussion with the owner. A Councillor asserted that the tenancy model does not work for the “White Swan”, the business rates alone make that likely. But if the pub was run as a charity? Could that be a solution? A community led business plan and proposal could start the process. A resident, who has applied to be a Community Councillor for Cantref, was suggested as a good person to start with and it was agreed to ask him– other people will be needed.

21. A contractor has proposed a plan for the playground. To be discussed and action agreed . See item 16.

22. A councillor will breach the 6 month absence rule by the time of the next meeting. Will council accept reasons for non-attendance and keep him on the council.? The councillor has resigned.

23. Will Council pay for the former noticeboard to be fitted near the Church?

Approved. SD. A resident has requested to be present at the fitting.

25. Any Other Business (to be used to pass on information only).

The bus shelter and bus stop are congested with debris, Clerk to alert Highways.

Defibrillator is due to go into Peterstone Court, but it is locked down. Cariad is also experiencing difficulties due to covid 19.

Two huge pipes have been laid to drain floodwater, should a flood occur between Llangorse and Groesffordd.

The graveyard in Llanfrynach has some prunnings causing trip hazards. JW will talk to a resident.

Finally Cantref Community Councillor Barbara Smith resigned, she was thanked for her service.

26. Date of next meeting is Thursday 17th December 2020 by electronic media or otherwise.

There being no further business the Chairman closed the meeting at 8.56pm 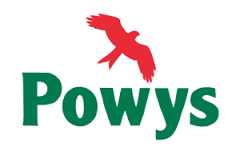